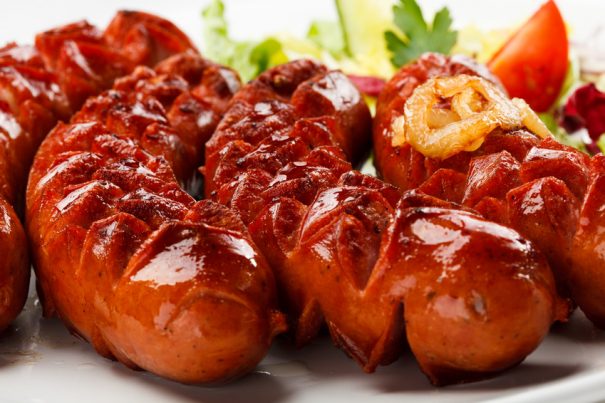 Translate English to Polish – Polish Sausage Being Another One, Maybe Even the Most Important Reason 🙂

As global boundaries are becoming vaguer with time, translations seem to be gaining more importance. It is no longer only a window into different cultures and literature but it actually has considerable capital value. There is simply no limit to highlighting the significance of translation amid rapid globalisation. Today, increased emphasis is being laid upon not only literal translation but on its cultural aspect too. This particularly refers to translating data so that it stands true to varying cultural values and does not lose its meaning and purpose. What needs to be focused upon is to translate any piece of information so that it remains as compelling and impactful as the original text.

If you are looking for ISO-certified Translations, do not hesitate! contact our Translation Agency now and ask for best-possible offer!

As established earlier in the article, blurring geographical boundaries, emergence of the virtual world and rise of numerous metropolises on the world map all have led to highlighting the importance of translation. London is known to be one of the most diverse and largest metropolitan cities of the world which is currently experiencing a huge influx of Polish migrants. The fact alone convinces of the need to translate English to Polish.

Polish is essentially a diverse language which many may find hard to learn. It has vast vocabulary and when learning Polish, you not only need to put in considerable effort to understand language parameters but pronunciation principles as well. The fact that voicing ‘s’ and ‘z’ sounds are even hard for native speakers leaves very minute chances of success for those who may be new to Polish. This language which may sound nothing less than a tongue-twister to many is currently spoken in Poland (where it is the official language), Russia, Argentina, US, Australia, Ukraine, Australia, UK, Belarus, Lithuania, Brazil, Germany and Canada.

Below are five reasons that provide additional support to the argument of the need for translating English to Polish.

Number of Polish immigrants in the UK simply cannot be side-lined, many of whom now refer to Britain as their second home. According to statistics, number of Polish natives in the UK has increased by an astounding 1200% over past five years. To add to it all is the fact that currently Polish is the second most spoken language in Britain. Such a huge segment of population cannot be ignored and their requirements need to be catered to adequately. Polish are proud of their culture and invest in educating the younger generation about their history, heritage and most importantly language. To lower down communication barriers with this large chunk of UK population, it is essential that we invest in resources to translate English to Polish.

Lowering Down Communication Barriers at Workplace

Polish natives in the UK are currently working in numerous industries. According to a 2011 census, Polish immigrants make the largest working class in the UK, apart from UK born citizens. Latest studies suggest that Polish immigrants are 20% more likely to get a job than UK born residents. Increased participation of Polish natives in the UK job market indicates towards the need to implement measures for facilitating this emerging working class. Higher-ups in various organisations and industries need to take the initiative to translate English to Polish, so as to lower down communication barriers at workplace and increase productivity and efficiency.

Another one of the most important reasons that stresses upon the need to translate English to Polish is increased market reach for businesses. Percentage of Polish residents in the UK is rapidly increasing and over past few years Polish natives have formed a distinct consumer segment in the UK market. This consumer segment has its own distinct needs and presents businesses with a lucrative profit earning opportunity. In order to exploit the Polish consumer segment to its full potential businesses need to allocate resources to translate English to Polish, which will eventually increase their market reach.

Birth of ‘Ponglish’ and Advertising

Intermingling of English and Polish cultural ties has led to the birth of a new dialect, ‘Ponglish’. A mixture of English and Polish, the newfound phenomenon of Ponglish holds immense potential to be used as a tool for advertising. It is eccentric, intriguing and can work as a means to connect with a large segment of the UK population. However, as it borrows words and phrases from two different languages advertisers need to master its use before they make it a part of their promotional campaign. This not only means that there is a need to translate English to Polish but also the other way round so that Ponglish may be used to its complete potential.

It is a known fact that one of the primary factors that lead to improved B2C engagement is effective communication. When it comes to convincing consumers, interactive engagement is to be considered a key player. For better engagement and communication businesses do not only need to initiate compelling dialogue but they also need to take care that their tone and language sounds culturally right. Also to establish stronger and long lasting connections with consumers, using a language which consumers are likely to relate more to can make a great deal of difference. None can ignore the rise of Polish consumer segment in the UK market and in order to connect better with it businesses need to take measures to translate English to Polish. Polish speaking residents will be able to identify better with their native language and resultantly will bring in more business.

Well-written and meaningful English to Polish translation is the need of time and Slavis Translation Services can work as your partner in this regard. Well-read translators at Slavis can assist you to translate English to Polish, expand your market and climb the ladder of success!